1. Conservation –is the preservation and stabilization of an artifact in an existing state

This is practiced by institutions and well known collectors. It is an action taken to preserve a horological artifact in a condition which will represent work of the original maker. It also includes stopping further deterioration but considered incorrect to remove or replace non original parts. Surface finish treatment will be limited to dealing with rust and corrosion. Generally, a mechanism is repaired to a running state, for short dem 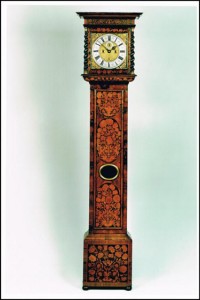 2. Restoration-is the reinstatement of an artifact to its conjectured former state and function

This tends to be interpreted more widely according to different circumstances and attitudes of individual craftsmen and collectors, and the varying nature, age and provenance of the artifact. We have a conservationist approach to restoring, thus bringing an artifact to a condition corresponding which would be expected of one in similar age and provenance. We are happy to restore clocks that would thereby be better protected and appreciated. It is our refusal to bend to commercial interests whose extreme objective is to turn an artifact into a state of almost new, for immediate profit or upgrading a mechanisms functionality or appearance

3. Repair-is the mending or putting into functional order of an artifact